It took several days to get used to the new Epson V700 scanner, to sort out the best settings for the scanner, and to decide how the scans would be named and saved. I ended up abandoning both the Epson and SilverFast SE software which came with the scanner as they both seemed inflexible and the SilverFast has one of the worst user interfaces I’ve seen. Instead I bought a copy of the well-respected VueScan; something I’d anticipated I’d probably have to do after all my readings of reviews.

I decided to start by scanning the colour negatives. Helen had previously done a good job of labelling many of the envelopes and sorting many into year bundles so identification will be easier than many of the boxes of slides.

One problem I have found is with the plastic tape used by the processors to join the individual films before they pass through the processing machine. In some cases, after many years, the adhesive on the tape has “bled” and, when the film strips were stored together rather than in individual strip wallets, stuck to the next negative strip. I’ve usually managed to unstick the strips and to remove traces of the adhesive with very gentle rubbing but in some cases it is firmly stuck to the image side of the negative strip and I suspect I’d damage the image trying to remove it. I’m now cutting off the plastic strip off all films before the negatives go back into storage.

Another problem has been dust! It seems to appear all the time. I bought several microfibre cloths to wipe the negative strips and the glass plate of the scanner but, even so, there is usually a sprinkling of dust on the glass plate after scanning a set of negatives. I’m not sure whether lint-free gloves would also help. I’ve also dug out my old Zeepa “electronic static eliminator” which I originally bought to eliminate dust-attracting static on LPs. 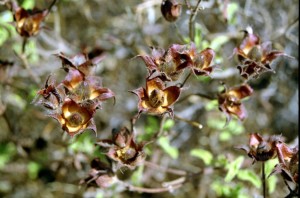 The scans are being made at 3200dpi which, for a 35mm negative, gives an image of 4473×2960 pixels with the settings I’m using; I’m saving them as JPG files at 96% quality giving a file of 3.5-5.8Mb (equivalent to about a 12Mb digital camera). I have the option of saving as 16-bit TIFF but those files are over 80Mb; As the majority of the photographs are snapshots I decided I could just rescan and save those images with more merit as TIFF files at a later date. 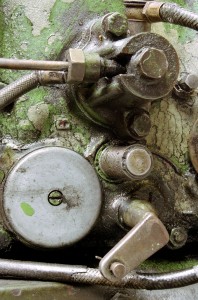 After a month I’ve now scanned over 3400 images (115 films), so I’ve probably done at least a third of our colour negatives. There have been more 36 exposure films than I thought (I’d originally remembered using 20 or 24 exposure films) but there seem to be fewer films per year. Where the original photographs were very sharp, the scans are also very good and show fine detail; it seems the scanner settings I’ve got are working well (click on the images to see larger, but not full scan-size, versions).

For backups I’ve bought a ReadyNAS Duo network storage device with two 1.5Tb disks configured as mirrored RAID disks. The disks are synchronised and store exactly the same data. If one disk fails the other will continue to allow backups; when the failed disk is replaced it will be synchronised automatically with the good disk. I’ll make further backups from the ReadyNAS to external USB disks and keep one in the safe and one elsewhere. Had we had a fast broadband connection I would probably have opted for one of the online storage systems as they seem very cost-effective. I tried one, Diino (because it allowed you to back up multiple computers to the same account without incurring additional per workstation charges), but our internet upload speed is so slow (68kB/s = 0.68Mb/s) it would have taken about six months just to backup all our current data!

It was interesting to look back at how much data I created in the past when I reorganised the backups. I bought my first PC in 1990 and have kept backups ever since. The snapshot for 1990-Sept 2003 period (pre-digital camera) shows my total data backup was about 300Mb. My current backup archive, which is updated daily, is now about 300Gb (excluding program files); the scans are adding 300-500Mb/day.