I bought my first 35mm camera when I was about sixteen (a Werra 1C) and used B&W film developed both as negatives and as positives. Colour film was rather a luxury but I did use some slide film at university and for holidays. I switched completely to slide film from B&W in the late 1960s. And I started using 35mm colour negative film for the majority of my general snapshot photography rather than colour slide film in the late 1970s although I continued to use slide film for major trips, e.g. to southern Africa, Peru and India.

We don’t really look at the old prints, except those in albums, as they aren’t really accessible, being stored in boxes with only rudimentary labelling. And the slide projector doesn’t come out very often!

A couple of weeks ago, after experiments a few years ago with my Canoscan 3200F scanner to check the feasibility and after reading many reviews, I finally opted to buy a high-resolution Epson V700 flatbed scanner to scan all our negatives and transparencies (and any prints we have where the negatives no longer exist). 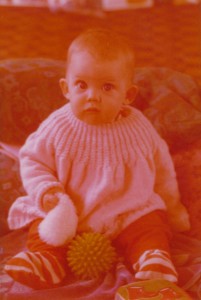 I’ve no definite idea how many images there are to scan. However,  even if I used only one colour negative film a month between1980 and 2004 (when I got my first digital camera) there could be about three hundred 24 or 36 exposure films equating to 6000-10,000 negatives. I estimate there are possibly over 8000 transparencies. And then there are also my B&W negatives and positives from the early 1960s onwards together with some colour negatives from our parents (we also seem to have the 110 and 35mm negatives from some films taken by Toby and Leila). So I guess the total could be near to 20,000.

Unfortunately, many of the colour negative prints from the time Toby and Leila were born now have more of an appearance of orange-sepia prints than colour prints. This must be due to poor processing by one particular processor; prints made by other film processors have negligible fading. But fortunately none of the negatives I have looked at have faded or show significant loss of colour. 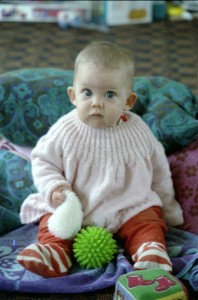 The Epson film holders take four strips of negatives or twelve slides so, since it takes about 4 minutes for each high definition image scan (at 3200dpi – approximately equivalent to a 12MP digital camera image – although some of the earlier colour print film is rather grainy so the quality isn’t really that good), I can just load a set of images and leave it to process for an hour or so.

As it is not very easy to identify which are good or bad images from the negatives it is not really feasible to be selective in the images to scan. So I have decided to scan them all. And, since disk space is cheap I’ll probably scan all the slides as well, even though the quality is more easy to recognise, and then keep all the scanned images since all the images will only use around 100Gb disk space (I’ll also have multiple backups both here and elsewhere). Using other software it will also be possible to label/index the individual images either in bulk or individually to allow searches.

Hopefully we’ll then have a good digital archive. We, the children, and others will be able to relive their past through full sets of images rather than just the few prints that are stuck in albums.

But scanning could take a while ….. given the winter weather there is little incentive to venture outside so I’m currently managing about 80-100 image scans a day.